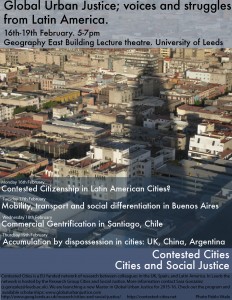 Both of these public debates are available to watch again, with links below. 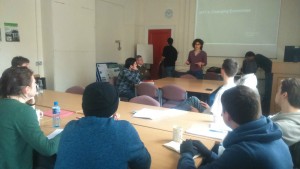 Wednesday 18th began with a seminar, connecting different transport researchers, particularly between Leeds transport institute and Contested cities researchers. This seminar focused on Transport issues in Latin America with Ersilia Verlinghieri and Alvaro Guzman (University of Leeds), Jorge Blanco and Ricardo Apaolaza (University of Buenos Aires) and others. This seminar was also used to create more links between these different research institutes.

Challenging Retail Gentrification in Santiago, Chile. The evening seminar was given by Neil Turnbull an architect working as a researcher in Santiago at the Universidad de Chile in the Facultad de Arquitectura y Urbanismo (FAU). The video of the lecture is available on the blog. 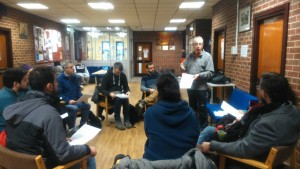 On Thursday 19th contested cities network took part in a radical history walk around Chapeltown in Leeds with Max Farrar (sociologist, activist, photographer), to learn more about the history of this neighbourhood. More information on the neighbourhood, as well as about Max is available online: http://maxfarrar.org.uk/max-blog/engagement/chapeltown-news/

Débora Swistun is visiting Leeds as part of the contested cities research network, from Buenos Aires Argentina. Stuart Hodkinson and Paul Waley are both lecturers in Geography at the University of Leeds. The video of the lecture is available to watch again on the blog: 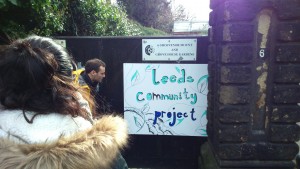 During the week there were several field trips, including a trip exploring cities and suburbs in the north of England, visiting Hull. This trip focused on post industrial landscapes, as well as regeneration for Hull as upcoming UK city of culture. Students also visited the Leeds community gardening project, to see about more recent attempts to resist the sale of university land for a new housing development.