Contested Cities is an international network of action, investigation and exchange of researchers from eight European and Latin American universities located in Madrid, Leeds, Mexico City, Santiago de Chile, Buenos Aires and Rio de Janeiro, funded by the EU between 2012 and 2016. We research the processes and consequences of neoliberal urban politics in Europe and Latin America, focusing on gentrification and strategies of resistance and re-appropriation of urban space by counter-hegemonic social movements.http://www.contested-cities.net

We have organised the following public events as part of a wider UK gathering of Contested Cities researchers in Leeds in the first week of September.

RGS/IBG Panel: “Co-producing urban contestation across the world: a roundtable with academics and social movement activists”

This panel will bring academics and activists together to discuss how knowledge and action are being and can be co-produced in relation to specific aspects of urban contestation including struggles against gentrification and displacement and the privatisation of housing, municipal services and urban space. Panellists will showcase specific examples and experiences of co-production and collaboration in different cities across the world and critically reflect on key issues of co-production, power dynamics and relations, academic and class privilege, and neoliberalising educational contexts.

“Contested Cities of the global south: urban struggles against dispossession and displacement in South Africa, India and Latin America”

A key battleground of urban contestation in the Global South are the ‘slums’ or ‘shantytowns’ of major cities and metropolitan areas. The staging of the football World Cup in South Africa (2010) and Brazil (2014) has highlighted the conflicts over urban space and the right to the city between capitalist urbanisation in the guise of mega-events and urban slum dwellers. To further the comparative work of the Contested Cities network, we have invited Dr Ayona Datta (University of Leeds) and Dr Richard Pithouse (Rhodes University, South Africa) to talk about the current struggles of shack and slum dwellers in India and South Africa and their significance for cities, politics, and the wider social relationships that underpin them. Researchers from Contested Cities will then reflect on the Indian and South African contexts in relation to Latin America. 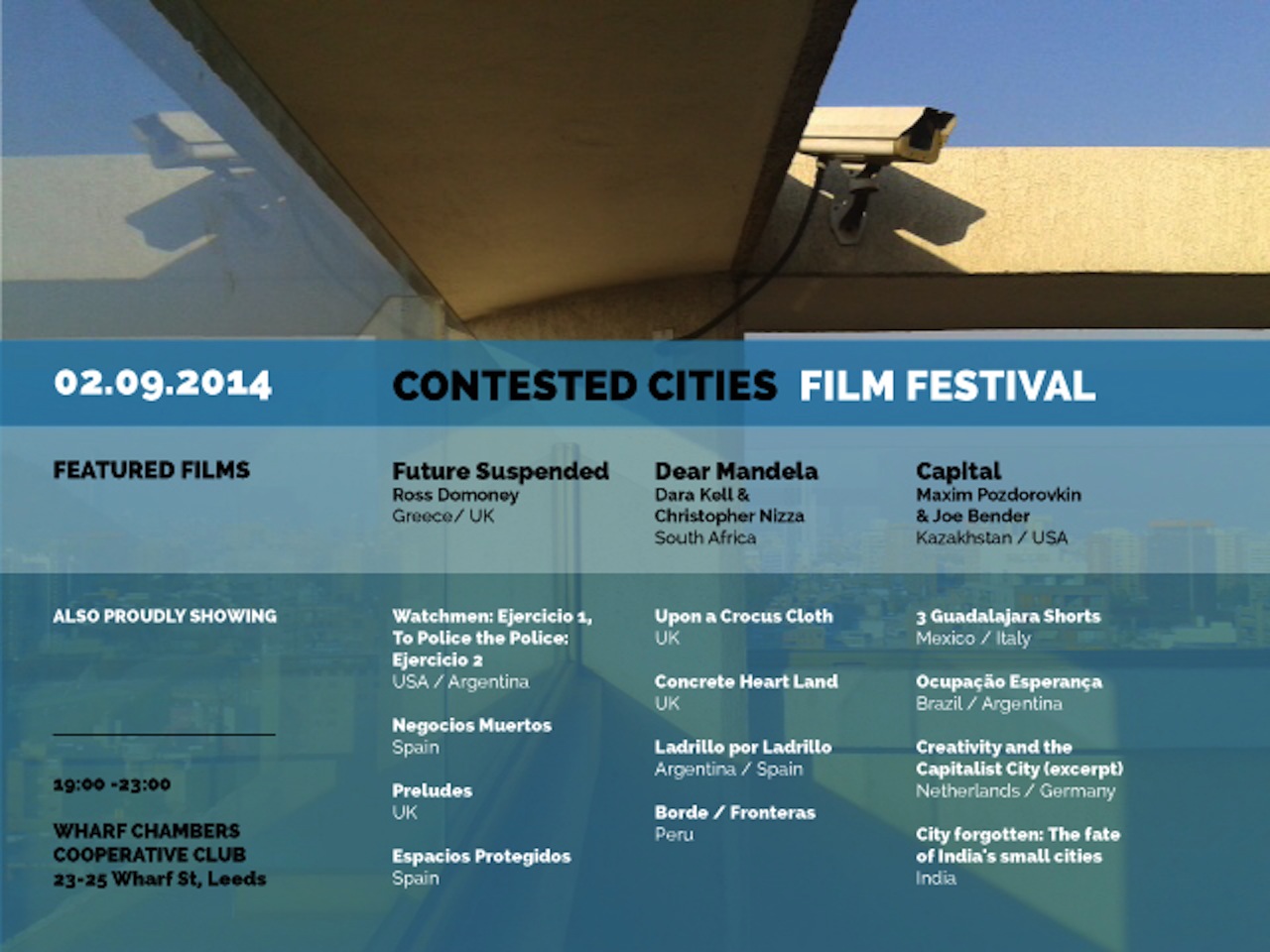 In collaboration with the Leeds Social and Environmental Justice Action Network, the Contested Cities network is hosting a film festival at Wharf Chambers in Leeds. This festival builds on our previous photography competition and exhibition held last year, and is part of a larger examination of the use of audio-visual methods in the study of urban contestation. The film event will be open to the general public.